For a start, it is good to know that Cloudways offers many different datacenters. So you can choose where in the world you want to place your website. You can choose from the UK, the Netherlands, Germany, France, USA, Canada and some other countries in which you will certainly be less interested, such as India, Singapore, Taiwan, Korea et cetera. Apart from that, enabling CDN at Cloudways is very simple as I will explain further below in the chapter for that.

What immediately stands out for me in this Cloudways hosting review as a big difference from other hosters is that you can choose between the Clouds of Google, Amazon, Digital Ocean, Linode and Vultr. The last 3 charge clearly less and that is also reflected in the price of Cloudways itself. I definitely prefer the Google C2 VMs as there is nothing faster than that. But at Cloudways you can choose what you want.

A good cheap solution is to run your websites over the Vultr network. The best thing they have at Cloudways is of course the Compute VMs in the Google Cloud. A lot more expensive but well worth it. For example, a company like Kinsta has all of its clients on that network and on those VMs.

At Cloudways you will find all possible cache systems as can be expected with such a high-quality service they offer.

Obviously the usual Page-Caching that stores HTML and images for reuse at any time. As soon as someone calls up a page of your website, not all data has to be collected together, but is already available to offer it immediately. Visitors can delete this type of cache themselves via their browser.

Varnish can cache both static and dynamic content, which greatly improves website and server performance. Redis is used for both object caching and database caching. Redis is open-source and saves time by storing database requests. Memcached is also available at Cloudways and has a similar function to Redis. Read more about Redis here and more about Memcached here. The Woocommerce website in particular benefits greatly from Memcached because it avoids redundant requests to the database, thereby relieving the database considerably.

By activating Cloudways-CDN your website will be stored on servers worldwide, with the result that your website visitors can call up your pages from local servers. The picture below shows how simple this is.

PHP requests that have already been processed can be saved as converted bytecode that can be called up immediately in subsequent requests. You can see how this works in the picture below. 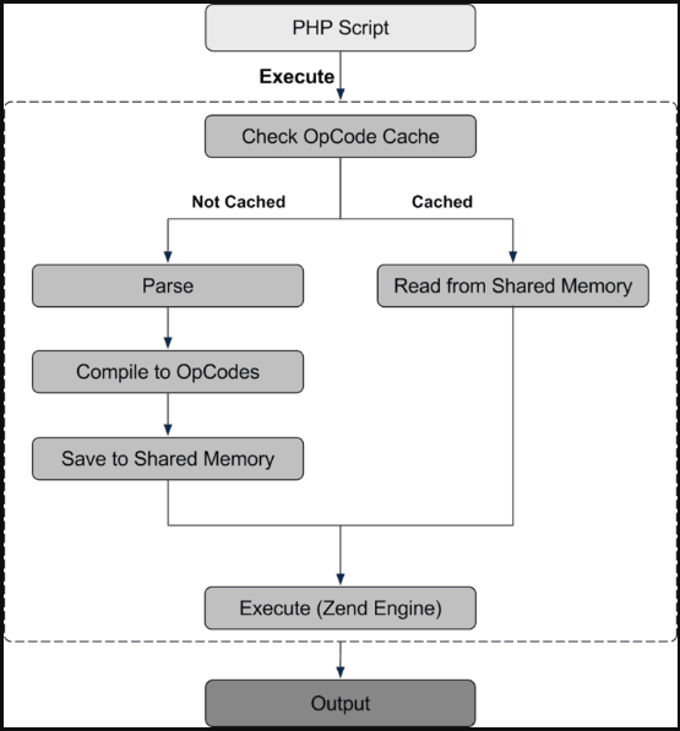 The Cloudways dashboard is used for all possible functions. You manage your websites here, and can install new ones. As discussed earlier, there is a very wide choice of different networks and data center. You can also arrange all your personal settings here. I must honestly say that there are hosts like Kinsta and WP-Engine that are definitely for beginners. are a lot easier to understand. However, if you have many special requirements, Cloudways will help you.

Since Cloudways is a high-quality hosting, you can enjoy flawless uptime here. There is nothing more reliable than the Google and Amazon networks, so if uptime is very important to you, choose to have your website placed within these networks. As can be seen in the images below, there was just 0.00% downtime in a month. Cloudways is not unique in this of course, other top managed Wordpress hosters offer the same perfect uptime. 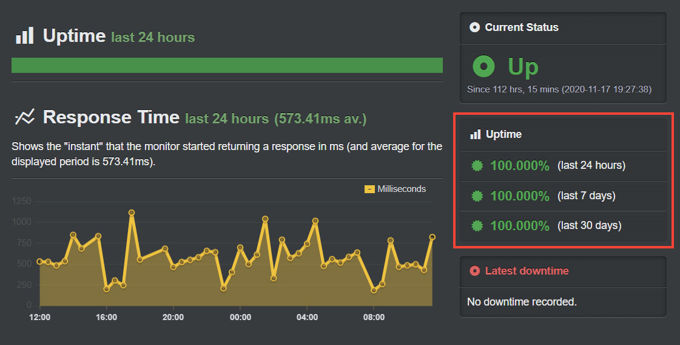 Cloudways Firewalls temporarily block IPs that tried to log in incorrectly too often. SSH and SFTP logins are also limited to prevent brute-force attacks. Their partner Malcare, used by many hosters, monitors traffic congestion due to DoS and brute-force attacks, called Bot-Protection. Remote database access is only possible for whitelisted IP addresses. Your oaacount is completely isolated from all others (Race Protection), all websites receive free SSL certificates to encrypt your traffic. Cloudways has even more security, too much to mention, read here more. 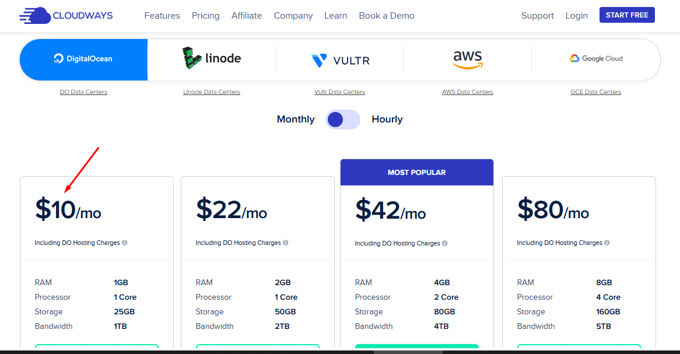 The prices at Cloudways are clearly lower than at a few other top managed Wordpress hosters. This is mainly because they offer other networks besides Google and Amazon, because the prices are the same as with other providers. As a result, with Cloudways you have the option of using top hosting with somewhat lower prices.

Thank you for reading this Cloudways hosting review to the end. Cloudways is one of the top managed hosters out there and as mentioned above it offers the possibility to have this type of hosting a bit cheaper by offering several cheaper networks in addition to the usual Google Cloud and AWS. Cloudways offers a lot of options that are not found at other hosters, which makes Cloudways attractive for advanced users and less so for beginners.

Links and image-links on the page are
affiliate-links.